The tutorial assumes you're already familiar with JavaScript and Storybook and focuses on using it with Percy. You'll still be able to follow along if you're not familiar with Storybook, but we won't spend time introducing Storybook concepts.

The example app and its tests will now be ready to go. You can explore the app by running npm start.

This will run the app's Percy tests, which will start Storybook and create Percy snapshots for each Story. The snapshots will then be uploaded to Percy for comparison. Percy will use the Percy token you used in Step 2 to know which organization and project to upload the snapshots to. 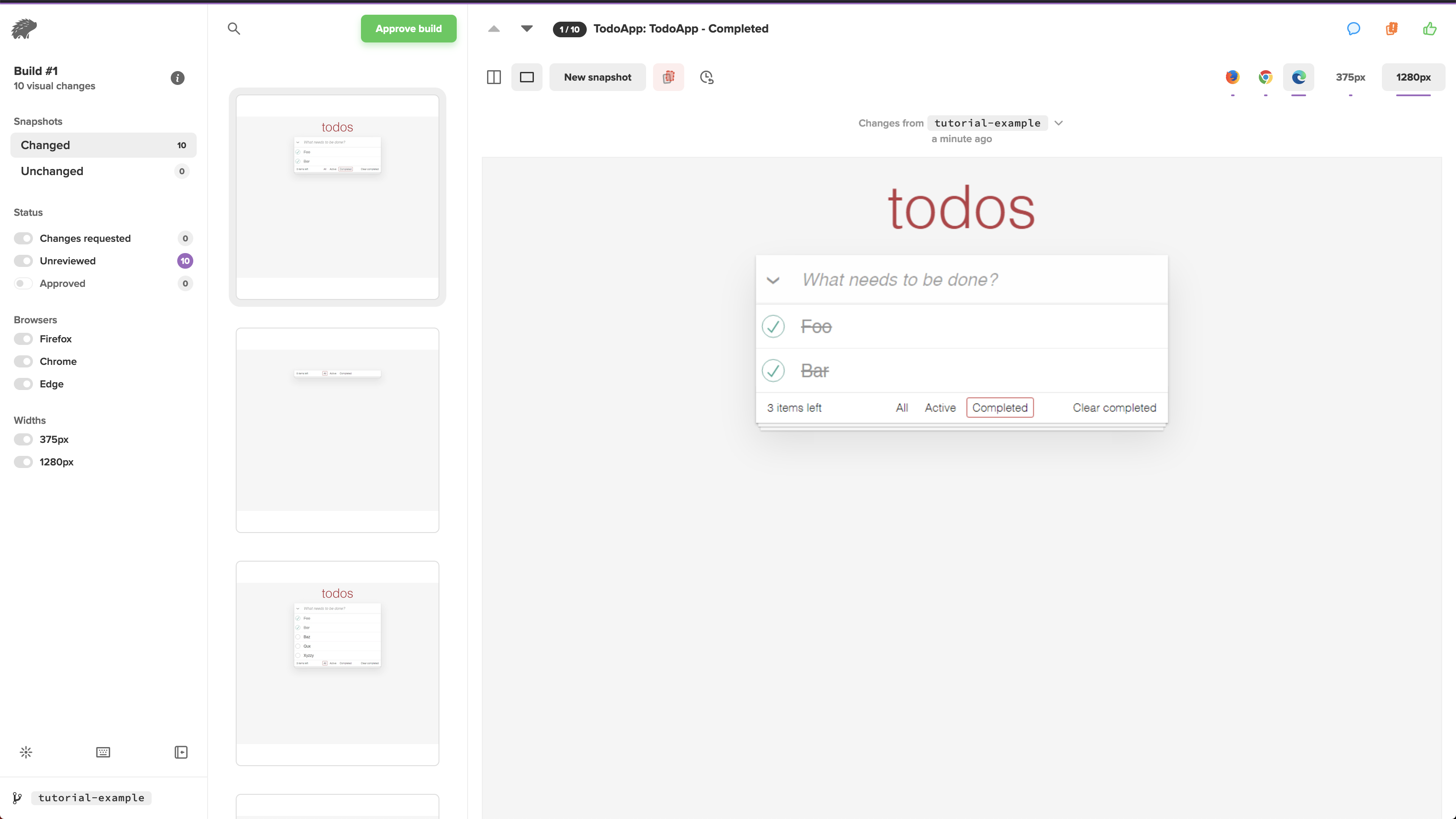 Use your text editor to edit js/TodoFooter.js and introduce some visual changes. For example, you can add inline CSS to bold the "Clear completed" button on line 36. After the change, that template looks like this:

Check out the example app on GitHub and learn how to add Percy to your own Storybook instance!