This guide walks you through cloning an example JavaScript application tested with Cypress, making some changes, and seeing the visual difference in Percy's visual review tool. The example application is a to-do app, forked from todomvc.

The tutorial assumes you're already familiar with JavaScript and Cypress and focuses on using it with Percy. You'll still be able to follow along if you're not familiar with Cypress, but we won't spend time introducing Cypress concepts.

This will run the app's Cypress tests, which contain calls to create and upload Percy snapshots. The snapshots will then be uploaded to Percy for comparison. Percy will use the Percy token you used in Step 2 to know which organization and project to upload the snapshots to. 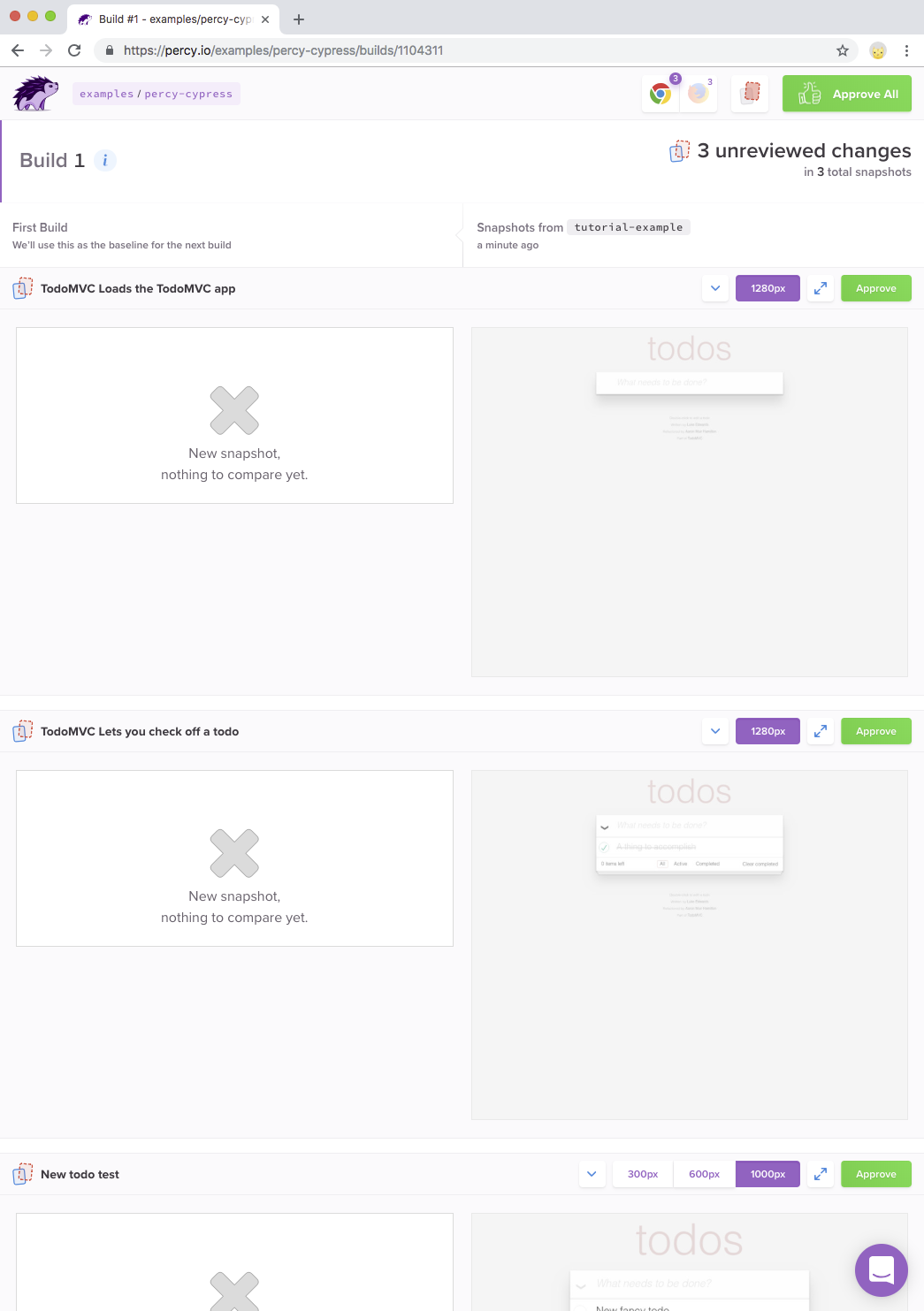 This tutorial used an app with Cypress tests and Percy already added. You can see how we added Percy to the example Cypress tests, or check out the docs to learn how to add Percy to your own Cypress tests.