This guide walks you through cloning an example Java application tested with Selenium, making some changes, and seeing visual differences in Percy's visual review tool. The example application is a to-do app, forked from todomvc.

The tutorial assumes you're already familiar with Java and Selenium and focuses on using it with Percy. You'll still be able to follow along if you're not familiar with Selenium, but we won't spend time introducing Selenium concepts.

This tutorial assumes you have installed the following:
* Java 8 and Maven 3.6 or later

If you are on Mac OS X, you can use Homebrew to install the requirements above.

The example app will now be ready to go. You can explore the app by running the server:

Then open http://localhost:8000 in a browser to see the example app in action. Hit Ctrl-C to stop the server.

If you inspect the contents of ./run_snapshots.sh you'll see that it is a very simple script that wraps the mvn test command in a percy exec -- call. 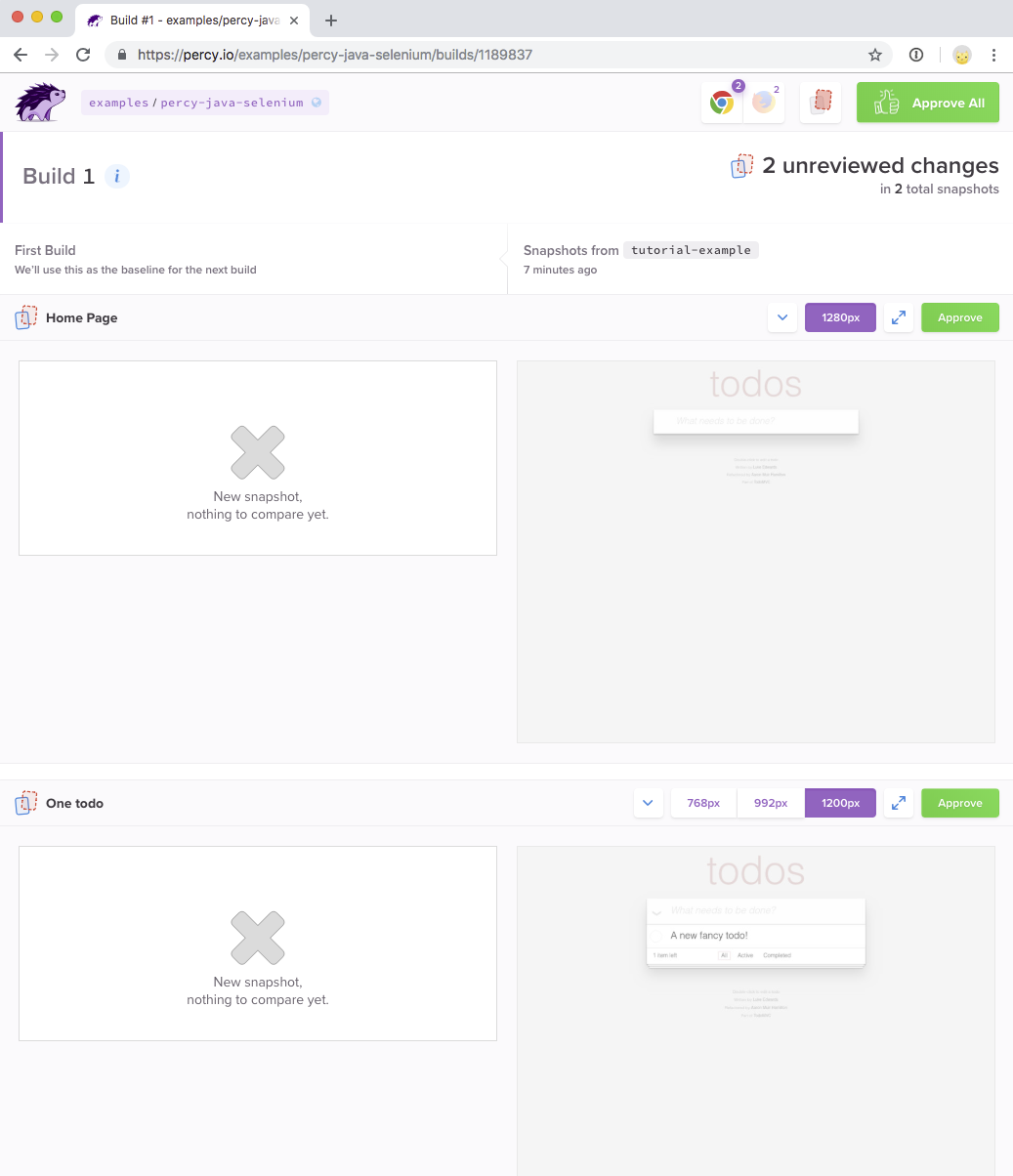 Step 5: Use your text editor to edit src/main/resources/index.html and introduce some visual change. For example, you can add a <strong> tag to the "Active" button on line 25. After the change, that line looks like this:

From here, you can try making your own changes to the app and tests, if you like. If you do, re-run the snapshots, and then you'll see any visual changes reflected in Percy.

This tutorial used an app with Selenium tests and Percy already added. You can check out the docs to learn how to add Percy to your own Java Selenium tests.