Hey! These docs are for version 1, which is no longer officially supported. Click here for the latest version, 2!

This guide walks you through cloning an example JavaScript application tested with Protractor, making some changes, and seeing the visual difference in Percy's visual review tool. The example application is a to-do app, forked from todomvc.

The tutorial assumes you're already familiar with JavaScript and Protractor and focuses on using it with Percy. You'll still be able to follow along if you're not familiar with Protractor, but we won't spend time introducing Protractor concepts. 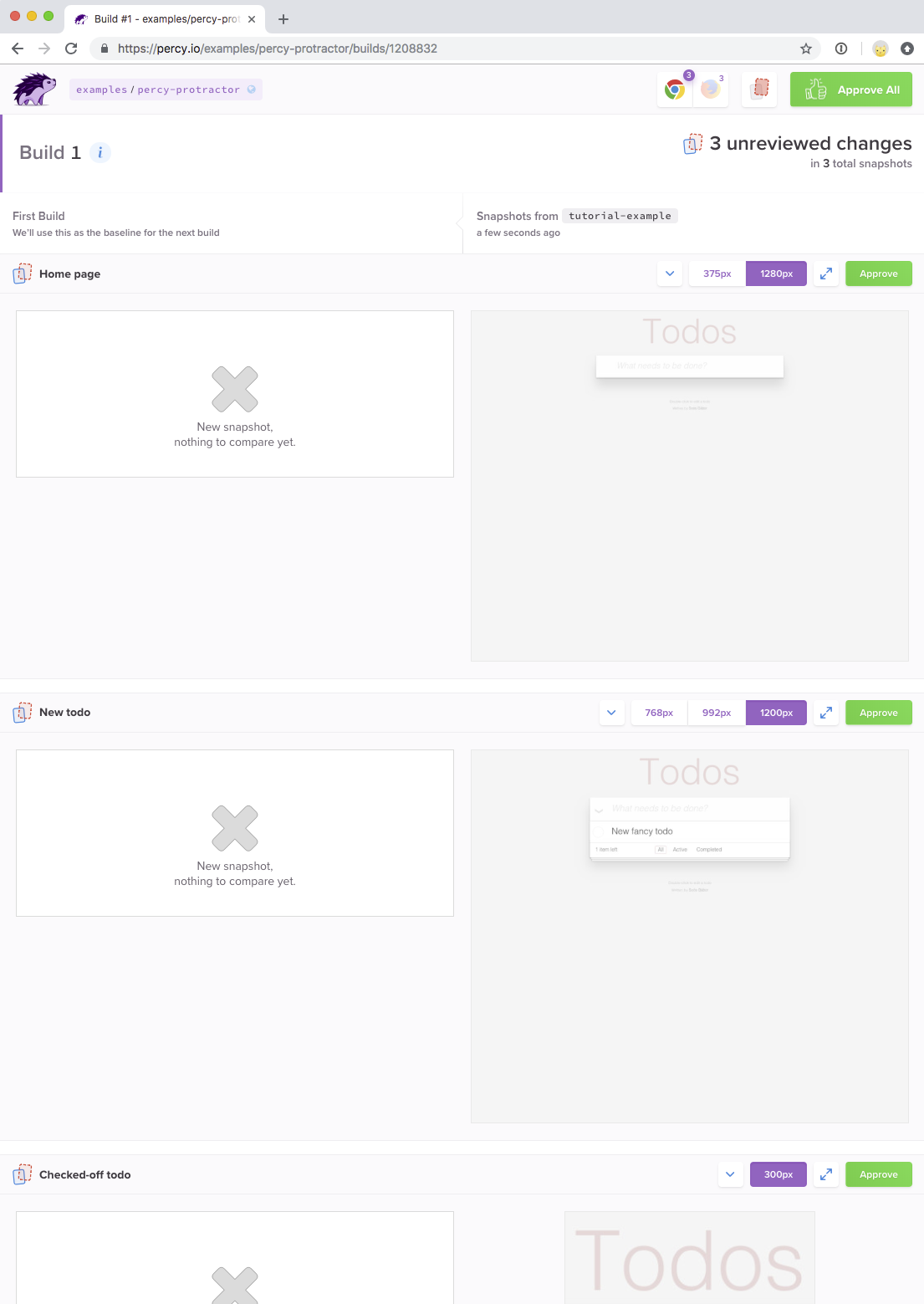 Step 5: Use your text editor to edit index.css and introduce some visual change. For example, you can add a font-weight: 900; to the .clear-completed class that styles the "Clear completed" button, on lines 305 to 312 of index.css. After that change, this CSS class looks like: