This guide walks you through cloning an example JavaScript application tested with Puppeteer, making some changes, and seeing the visual difference in Percy's visual review tool. The example application is a to-do app, forked from todomvc.

The tutorial assumes you're already familiar with JavaScript and Puppeteer and focuses on using it with Percy. You'll still be able to follow along if you're not familiar with Puppeteer, but we won't spend time introducing Puppeteer concepts. 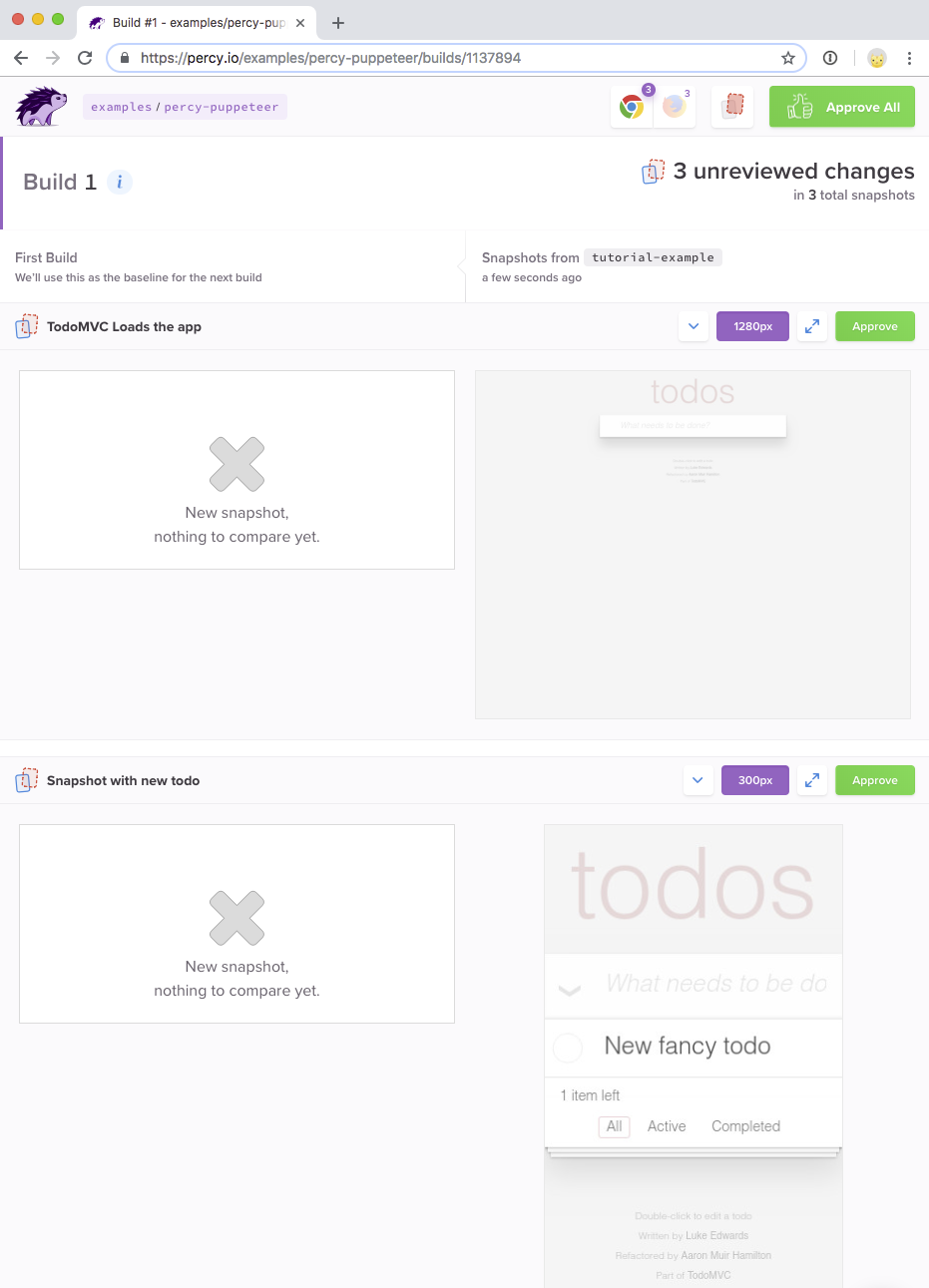 Percy has highlighted what's changed visually in the app! Snapshots with the largest changes are shown first. You can click on the highlight to reveal the underlying screenshot.