This 2-minute guide walks you through cloning the TodoMVC example app, making some changes, and seeing the visual difference in Percy's visual review tool.

The tutorial assumes you have ruby, git and npm installed.

This will run the test suite and send snapshots to Percy. You can view the snapshots in Percy now if you want, but there will be no visual comparisons yet. 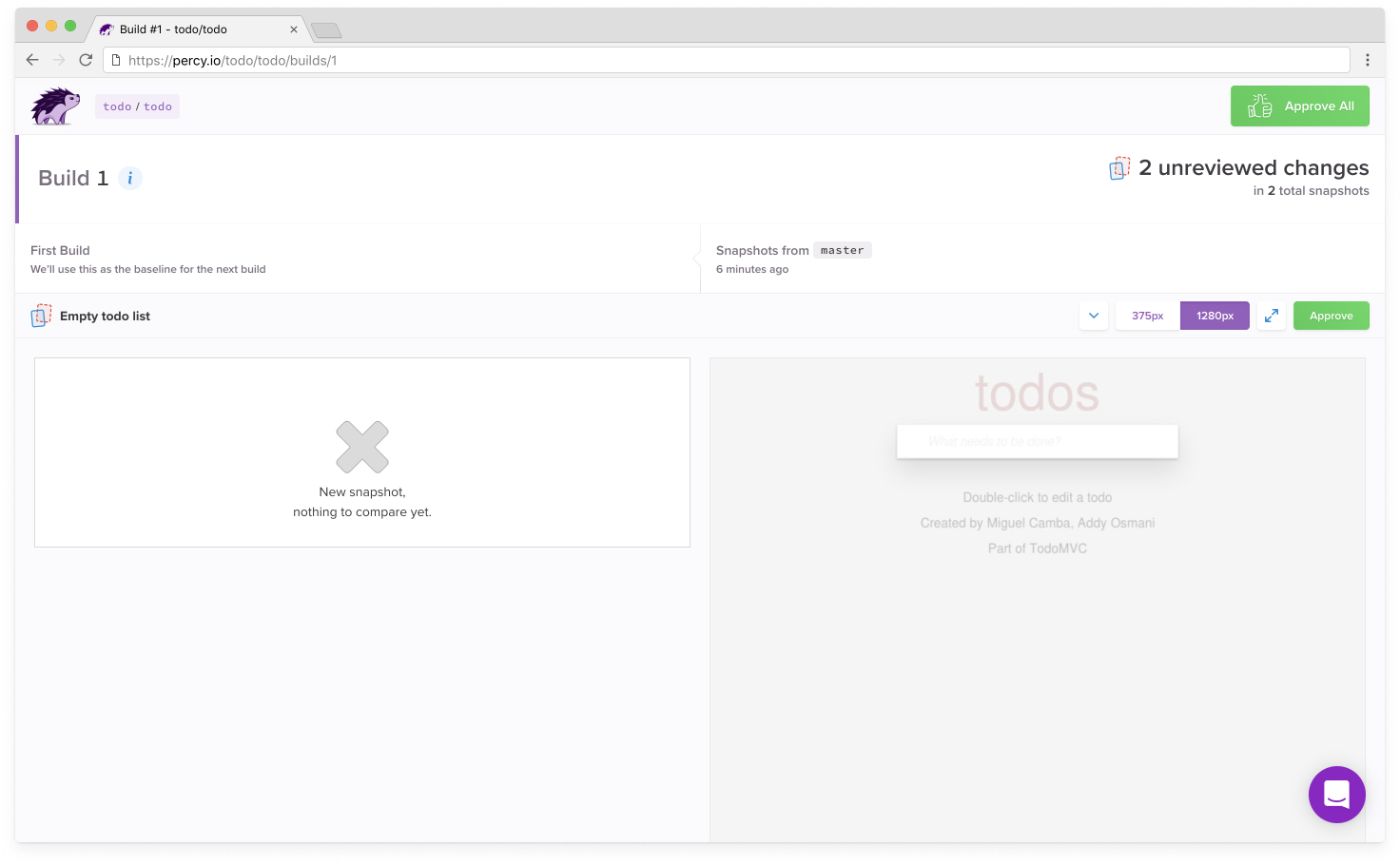 Step 6: Use your text editor to edit app/assets/stylesheets/application.css and change the #new-todo background-color from #ffffff to #f5f5f5.

Step 7: Also edit app/views/layouts/application.html and edit the footer to add a new paragraph on line 22: <p>Now tested with Percy</p>

This will rerun the tests with your changes and upload new snapshots to Percy. The new snapshots will be compared with the previous snapshots, showing any visual diffs.

Step 10: Visit your project in Percy and you'll see a new build with the visual comparison between the two test runs. Click anywhere on the Build 2 row that says '2 visual diffs'. You can see the original snapshot on the left, and the new snapshot on the right.

Percy has highlighted what's changed on the page! You can click on the highlight to reveal the underlying screenshot. 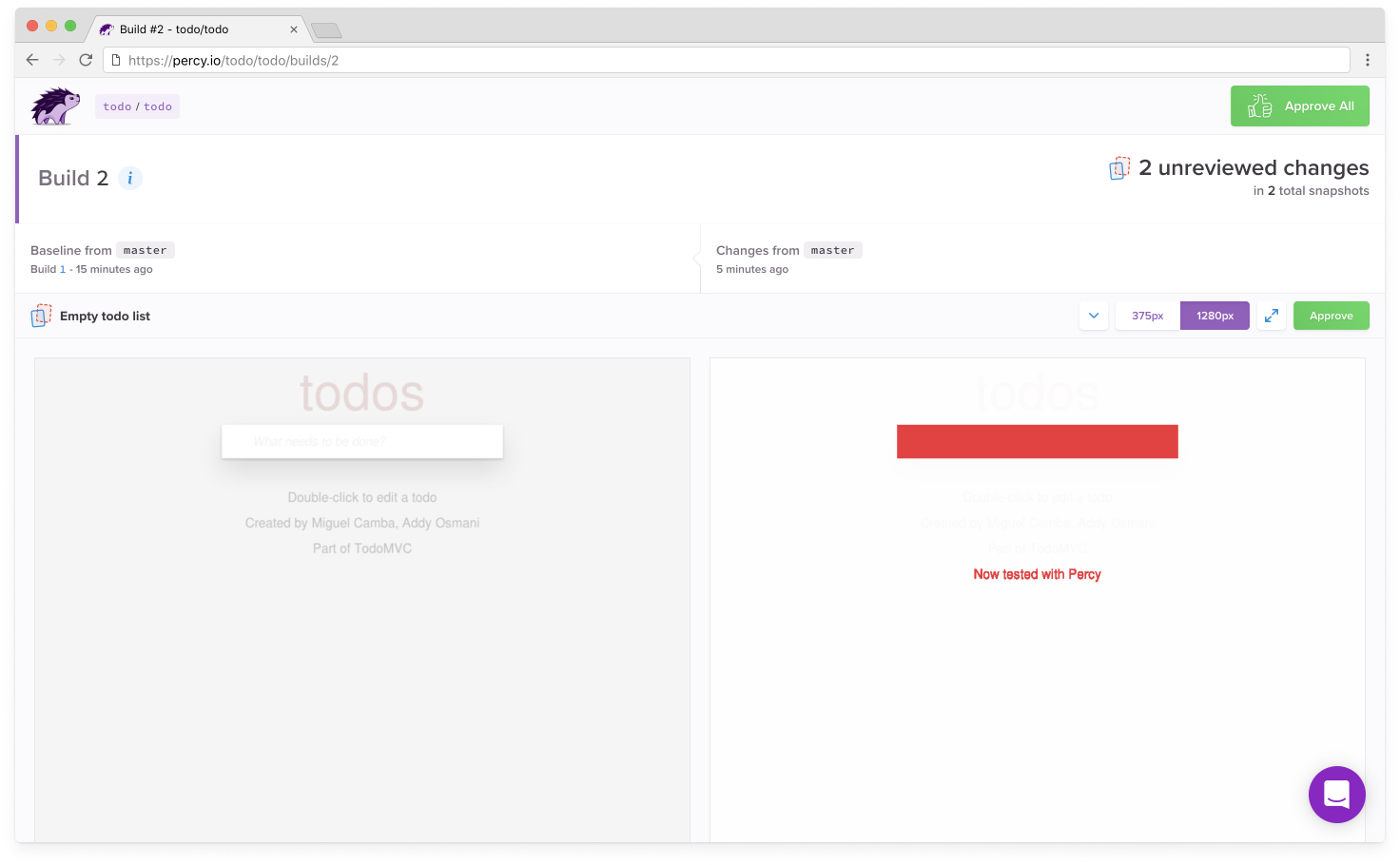 From here, you can try making your own changes to the app if you like. If you do, re-run the tests, and then you'll see your changes reflected in Percy.

This tutorial used TodoMVC with Percy already added---you can see how we added Percy to TodoMVC, and check out the docs for how to add Percy to your own Rails app!